The single-day trading volume of the Intercontinental Exchange-based Bakkt’s Bitcoin futures market has surged high to post a new all-time high. The crypto venture platform Bakkt has witnessed an increase of 85% in its physically-traded monthly Bitcoin futures volume from its last single-day record.

Our Bakkt Bitcoin Futures reached a new record high of 11,509 contracts traded today (each contract = 1 bitcoin) – an increase of 85% from our last record-setting day

This number shows an 85% increase from the last one-day trading volume record that was witnessed last year in Dec 2019.  After Bakkt’s launch in Sep, in the beginning, days, its trading volume’s progress was very slow. But with the passage of time, it has shown immense growth and now the firm has seen an all-time high in the single-day trading volume.

The ICE-backed venture firm Bakkt is also planning on releasing a cryptocurrency consumer application. Users of Bakkt can leverage this consumer app to purchase various services and goods by using cryptocurrency. The first partner of this app is Starbucks which will be introduced at the launch of the app later this year. After the app’s launch, several other firms will also become a part of this app.

The Chief Product Officer (CPO) at Bakkt said that the crypto wallets’ working efficiency should be improved and the process of processing payments and transactions should also work faster.

He said by doing this

there are meaningful opportunities for merchants and consumers to seamlessly interact using digital assets in ways that have not been previously considered. 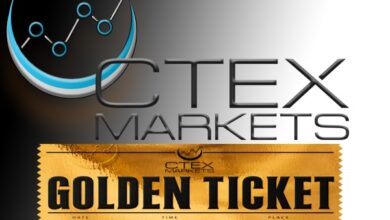 Prove to the world that you are the best trader — win amazing prizes!