During the ETH Global hackathon in 2019, Kunz, a former software programmer at Porsche, and CTO Anton Bukov, a former smart-contract developer at NEAR Protocol, founded 1inch. In two rounds earlier this year, Binance Labs, Pantera, and others invested $14.8 million to the project.

The 1inch platform is a one-of-a-kind DeFi aggregator and its token, 1INCH, had a massive price increase in 2021. According to 1inch price prediction, 1inch has increased by more than 600% since January 1, 2021. 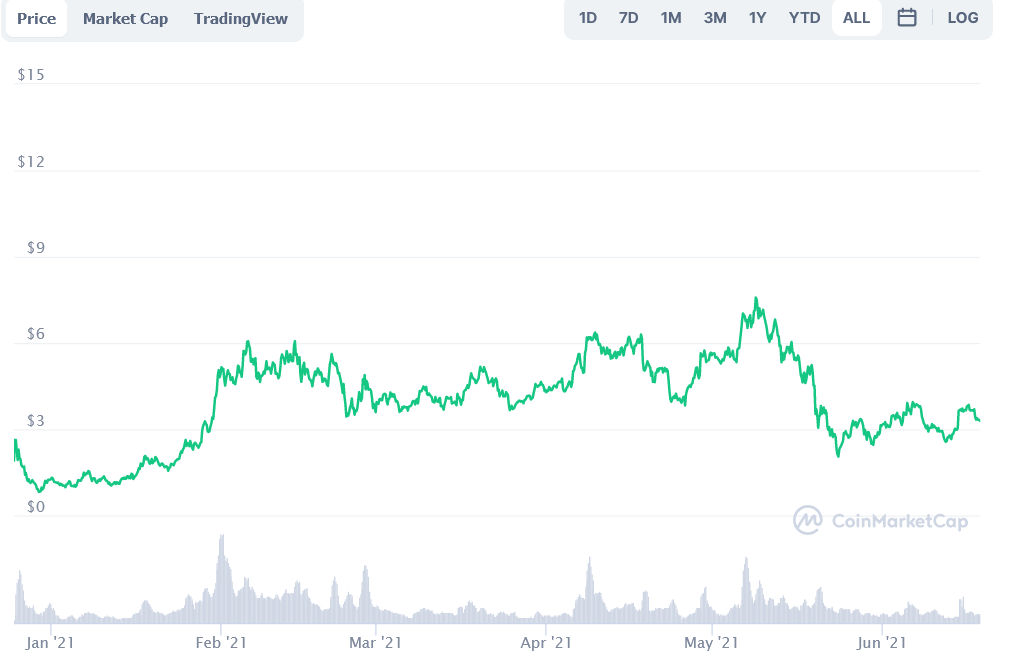 The monthly support level for 1inch is $2.08, while the monthly resistance level is $6.59, according to Fibonacci retracement levels. According to analysts by June 2026, the 1INCH token could be worth $19.74, a more than five fold increase from its current price.